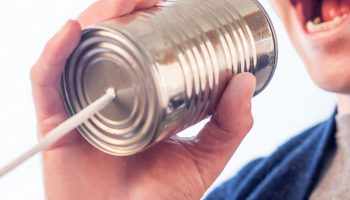 Sometimes you will hear internal complaints channel, others external and not everyone talks about the same with internal or external.

In Directive (EU) 2019/1937 of the European Parliament on the protection of persons who report infringements of Union law, the concept of internal and external channel is introduced.

By channel internal complaints According to the directive, it is understood that which implements a legal entity of the private and public sectors. In other words, a channel between the complainant and the organization reported. This channel may be managed in the organization itself, by a person or department designated for this purpose or by a third party that provides the complaints channel platform and its management or not. These channels, which will be mandatory for companies with 50 or more employees, are those recommended by the EU as the first step in solving a problem.

The external channels They are designated by the States, to the competent authorities, to receive complaints and give them the appropriate response.

The internal channels, according to the 2019/1937 regulation, will allow a complaint in writing or verbally or both. On the other hand, external parties must allow the complaint in writing and verbally. Being verbal by telephone, or other voice messaging systems, and upon request of the complainant, through a face-to-face meeting within a reasonable period of time.