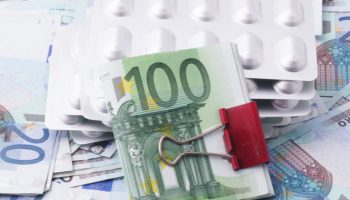 Risk prevention in companies, before the European recovery funds

In the coming months, several billion euros of European Next Generation recovery funds are expected to arrive in Spain. . These funds will help boost the economy and hopefully the definitive transformation of the Spanish production model.

The picaresque is a very human trait, which although we think it is typical of the Spanish, is rooted in all societies. Some do it in a sophisticated way and others in a more crude and sloppy way. One of the last great scandals in this line was, without a doubt, in Germany, the case of the volkswagen dieselgate , with a very high level of sophistication and in which different members of the management of the multinational were involved. There are many more, near and far, that should help us learn what not to do, and help us see what can be done so that it does not happen again.

In any case, when there is “free” money involved, there are many who want to take advantage of it to make the most of it for their private use . Many companies and organizations in Spain in the coming months will receive grants associated with these funds. Some will take advantage of the same for a necessary conversion, others will simply use the money to plug holes and pass “the ball” to the next one. It is important to establish a model for risk prevention in the company.

In smaller companies, where many times the owner is also the director, everything that happens is usually known without too many additional mechanisms. So if the “company” decides to misuse the funds, the owner and management will be aware of what they are doing and the implications it can have for both the organization and the people themselves.

In other larger organizations, the shareholders / owners are not in the day-to-day management. These organizations are the ones that are most at risk of members of the management team committing crimes of embezzlement or corruption without, many times, the council being aware of the fact. And you are incurring a significant criminal offense risk.

For this second case, it is especially It is advisable to implement an ethical channel or complaints channel within a criminal compliance plan. These channels act as a protective shield, are dissuasive elements and also allow anyone with ethical principles to report any infraction that is being carried out irregularly in the organization.

Surely, the Dieselgate, a few years ago, was the trigger for the establishment of a European regulation that minimized the commission of crimes, especially those that affect the scope of the Union. Is about the european directive 2019/1937 , which must be transposed by the different member states in December 2021. One of the key elements in this directive is the Obligation to have an internal complaints channel for all companies with more than 50 employees or with a turnover of more than € 10 million .

Grant application documents should oblige applicants to have a complaint / alert / ethical channel , surely the best mechanism of transparency and control of an organization. The “police” are the people who interact with the organization and therefore can identify any irregularity. Regardless of whether or not it is required to be included in the specifications for eligible projects and whether it is mandatory from December onwards, we consider that the implementation of an ethical channel is a key element to show society that the organization does not want and is not willing for anyone inside to commit crimes .

ithikios , it is the saas ethics / whistleblowing channel designed for small and medium-sized companies that either by obligation or by conviction want to quickly implement a complaint channel, simple, secure, configurable and designed to help build trust with employees, customers and suppliers.