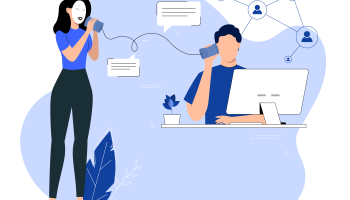 We launched ithikios, the saas reporting channel for SMEs

In the next two years, around 25,000 companies will have to implement an anonymous complaints channel to comply with the new European directive 2019/1937 for the protection of the whistleblower  ( DIRECTIVE (EU) 2019/1937 OF THE EUROPEAN PARLIAMENT AND OF THE COUNCIL ).

The objective of the complaints channel, also known as the ethical channel, is to create a secure channel where a third party, both employees, customers or suppliers, can report any fact that goes against the criminal code. It is the concept of police applied to the business and public administration environment, to monitor so that irregularities are not carried out, being the police the people who can identify them.

At present there are already different sectors affected and that must already have an internal complaints channel in place, such as banking, insurance or real estate, in general the activities where it is possible to carry out money laundering actions, according to RD 11/2018, of August 31, 2018  which modified the content of Law 10/2010 and specifically by article 26 bis of said law, which required the introduction of the internal complaints channel.

ithiki you is a saas complaint channel that provides a quick response to this need in a simple way . We have designed a simple, intuitive and easy-to-implement software, guaranteeing the necessary security, confidentiality and anonymity. Also designed with all the aids to accelerate the communication management process. Designed for SMEs and to be implemented in minutes without the need for specialist technicians.

Try it for free now  or  request a demo  without obligation to quickly see how ithiki It will help you implement the complaints channel quickly.